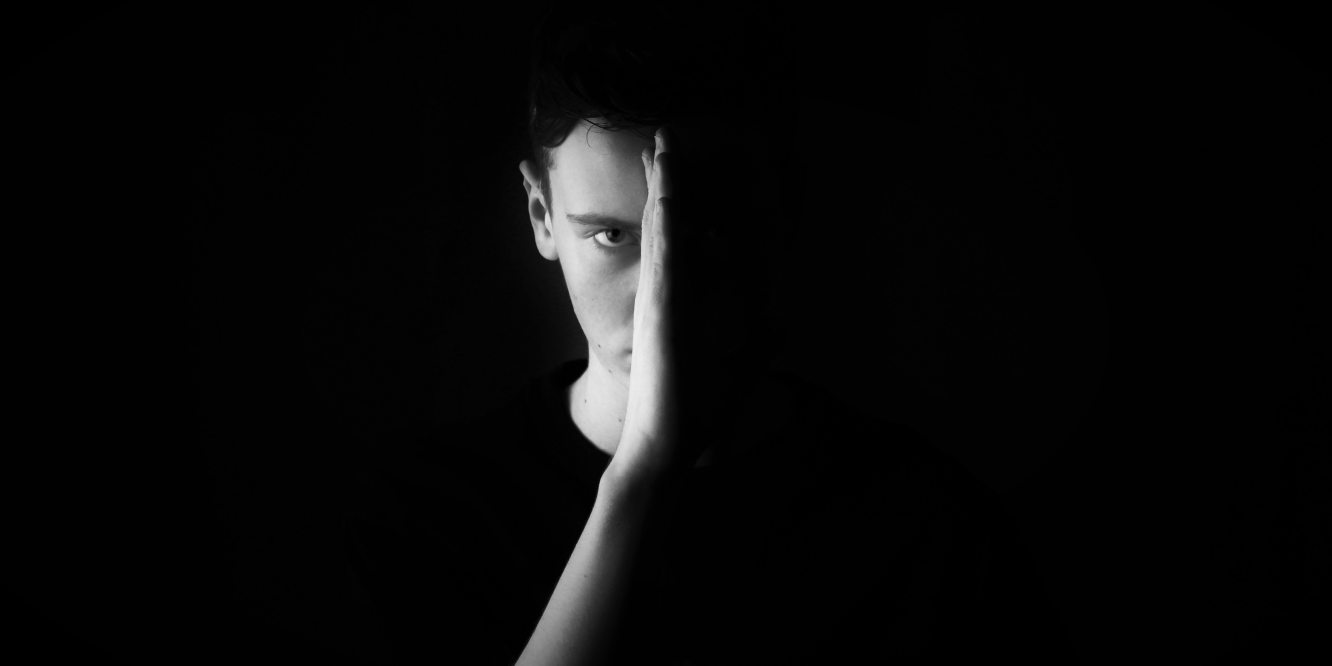 This is something I’ve wanted to write for a few months now. Although I have begun to lean in very strongly towards understandings that would be typified as ‘Sufi’ over the past few years, there is a strand of thought in the ‘Sufi’ community that genuinely makes me uncomfortable. I’m sure it could be stated better, but this is the best way I can currently voice my concerns on this topic.

The problem I want to discuss here is that of typifying the entire ideology of Salafism and Wahabbism as the primary causative factor of Muslim terrorism. And as much as I have become wary and suspect of their ideas, one must remain objective. Yes Muhammad ibn Abdil Wahhab may have rightly been characterized as a Kharijite by many (I plan to write an article on that, just have more research to complete), and yes the كتاب التوحيد pedagogy is a harmful one in that it prioritizes takfir and a negative ‘othering’ ideology as a primary ontological device, but the fact is that most followers of his ideas in how to worship Allah remain wholly ignorant of his history and the full extent of his teachings.

While I do not fully doubt that Salafi and Wahhabi beliefs may provide an ‘Islamic’ justification* for many Muslim terrorists, especially their views and pedagogy on Takfir, Wala & Bara (alliance and disassociation), and the overall tendency to interpret the Qur’an and Sunnah without qualification to do so, one must ask themselves: if Salafism/Wahabbism didn’t exist, would these tiny fraction of Muslims find other traces of thought in the tradition to justify their actions? I think they very easily would. There is plenty of room to misinterpret our traditions and sacred texts today, especially when we do not understand the contemporary world except through blinding experience. In general, outside of Islam too, it is very easy to justify an ‘othering’ and dehumanization of others, whether via religious ideology or political. One only needs to look at some of the excesses of the Barelvi community in the subcontinent for examples.

Many studies have shown that the roots of Muslim terrorism lie not in the beliefs of the terrorists, but rather the marginalization, social exclusion, mental health issues or political grievances that these individuals have. In other cases, entrapment and foreign influence (in Muslim countries) has played a significant role. While I don’t fully doubt that Salafi and Wahhabi ideology is a factor, one cannot and should not discount these either. In fact Salafism and Wahhabism should never be presented as the main causative factor without recourse to the rest.

I do not believe that giving glorified and angry khutbahs and talks about how Salafism and Wahhabism are the cancer of Islam and Muslims is the way forward. In fact its a severe detriment. And unfortunately I have seen that often. Some escalate all the way into outright takfir or attacks on Imam ibn Taymiyyah which is unfortunate because regardless of what you think of him, the Hanbalis accepted him as a major mujtahid of the madhhab. He’s the Imam Nawawi/Zakariyya al-Ansari of the Shafiis or the Imam Shatibi/Qarafi of the Malikis رحمهم الله جميعا. This way of ‘reaching out’ is simply unproductive and is seen by many witnessing Muslims as ironic when it comes from those who are ‘Sufis’.

If my ‘Sufi’ teachers had started with me like this, or if I had not had the opportunity to see the relative academic weakness of many ‘Salafi’ shuyukh first hand, I would not have come to the realizations that I did, and would probably have obtained the valuable knowledge I did from them.

Also, this approach to the problem also plays into the media frenzy around Muslim extremism – portraying it as a bigger problem than it really is, while far-right, Buddhist or Hindutva terrorism is barely mentioned in the news.

I think the root causes are much deeper. So how can we address uninformed thought processes, ignorance and violent/terrorist behavior among Muslims?

Firstly: We must address psychopathic and sociopathic behaviors and illnesses in our communities. This is a serious problem. I wouldn’t be surprised if Muslims are some of the worst social groups in this regard. Technology may have made mental health issues a lot worse in the contemporary world, but young Muslims also have Islamophobia to deal with. We should take note, ask for help, and provide support when young Muslims isolate themselves from the world, spend way too much time on the internet, show disdain for expertise and scholarship, or indulge in overly paradoxical and abnormal behaviors.

Secondly: Muslims as a whole are politically immature and naive. The Arab Spring has proved as much. Our understanding of our own history is often romanticized if it is present at all, and our understanding of politics is limited to anger against the dictators or corrupt officials who rule the world and bite at our freedoms. We have noticeably little collective experience with democracy, self-rule and political engagement. The utility of non-violent activism, mobilizing communities, building political alliances, engaging with government in a healthy way are all lost on most of us. The result is an awkward blend of political quietism and apathy, extremism/violence and joining in with the oppressive forces in charge.

Thirdly: We are not promoting, developing and implementing effective Islamic Studies programs in our Islamic schools, mosques and community centers. Most of our ‘Islamic Studies programs’ are not programs at all, they lack the structure and systematic nature required to qualify as such, or the pedagogies are developed by unqualified people or non-educators. Most are woefully inadequate and are basically fist-pump rhetoric, the basics rehashed in vague yet zealous or flashy verbiage, or simply disconnected from both the deeper layers both of tradition and reality. There must be a high-resolution straddling of traditional and contemporary sciences, and the education needs to be systematic and comprehensive.

Fourthly: Outside of the odd celebrity speaker, our religious leaders are often poorly educated in both Islamic Studies and/or contemporary academia resulting in Islam being presented in most places as a simplistic rhetoric and polemic that is often political or ideological in nature and doesn’t effectively demonstrate the intelligence of Islamic Theology and Law, the academic and intellectual complexity of Islamic Studies or the mercy, love and depth of Islamic spirituality. Islamic philosophy and social sciences are too far off in development to even consider here. Sometimes it is the right ideas being presented in a very shallow way that results in people turning away from them because they inadequately address their concerns.

Only a few institutions have been implementing this type of thinking, and as a result in those places and spheres of influence we see Muslims thinking clearer and understanding their religion better. We also stop seeing occurrences of terrorism or extremism of all types.

As an example, how many times have you seen someone teach a very complex series of lessons on warfare in Islamic Law outside of academia? A thorough analysis of its manifestation in Sirah, History combined with a comparative analysis and intersection with contemporary political theory is almost impossible to find.

So the equation of solving this problem is not as simple as Wahhabism = terrorism. It may be a contributing factor, but going on the minbar, or to the media – or in many cases, to the government and ending up becoming their willing or unwilling pawns – and eulogizing the death of traditional Islam and how ‘the Salafis are coming’ is not helping anyone except Islamophobes and the far right. Nowadays this is being done with the ‘Ikhwan’ and it’s the same mistake and the same problem.

These problems are to be solved by education and improving the quality of our institutions. Perhaps we can start with a grading system of the academic qualifications of those who are perceived as scholars and du’āt in our communities, or start high quality mental health support groups to help troubled Muslims. It also doesn’t help the case when the ‘Sufi’ community remains insular and isolated. We are seeing an improvement and embracing of this understanding, but there is still progress to be had.

* = Remember that even Islam as a whole is typified by many non-Muslims as being the ideological progenitor of extremist and terrorist thinking. Graeme Wood’s article ‘Is ISIS Islamic’ on the Atlantic was a classical example of this. Many of the responses to Wood’s article were reactionary as well. ‘Is ISIS Islamic?’ is a trick question. While yes their actions are undoubtedly against the Shariah and not representative of Islam hence unIslamic, no one can deny that their inspiration at least on the surface is justified using ‘Islamic’ ideas. The Islamophobe characterization of Islam as such hence may indicate that the core problem isn’t just a particular intra-Islamic ideology or deviance, rather ‘extremist thinking’ politically identified as such can occur with any part of Islamic thought. And since we know that terrorism is inherently ‘unIslamic’, it emphasizes the importance of highlighting the non-sectarian causes much more.